We have hit rock bottom, and now our temperatures rebound slowly this week.

The wind relaxes later Tuesday night, and that will mean our wind chills won’t be nearly as bad as Tuesday morning. Boston hit an actual low of 8 degrees, which is the coldest temperature since we hit 7 on Jan. 31, 2021 (344 days ago).

It was so cold that we had sea smoke in Boston Harbor around sunrise. To get sea smoke (frost smoke or steam fog), you need a light wind, very cold arctic air and a shallow layer of warm, moist air. 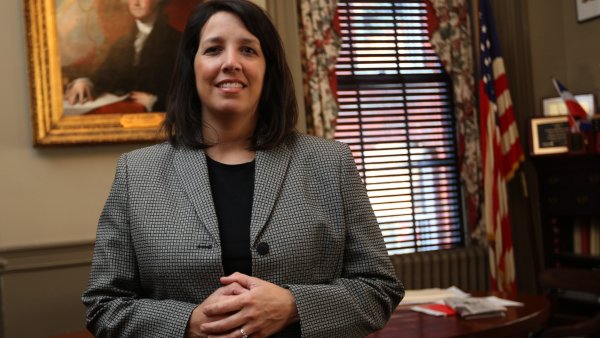 With the ocean temperature sitting in the 40s, we were expecting this cold weather phenomenon to happen. Freezing spray is also an issue for mariners until the wind relaxes Tuesday evening.

Also watch for ocean effect snow showers near Cape Cod. Tuesday night we may tie that 8 degree low again, but since it won’t be too windy, our wind chills will be around zero.

Northern New England continues to see stinging cold all day, with the wind Tuesday afternoon and wind chills from -10 to -20 degrees.

Temperatures modify a bit as we head into midweek. Wednesday’s highs reach the 20s to 30s — practically a heatwave compared to Tuesday! Temperatures increase on a gusty southwest wind.

We increase a bit more with more clouds around for Thursday, with highs in the low to upper 30s.

On Friday, we’re watching an ocean storm well off shore. There is a chance that southeastern Massachusetts gets clipped by some wind and light snow. The waves will also increase off our coast, with the flow more north to northwest at the height of the storm, again way offshore. Stay tuned for updates on this storm.