Man Shot At South Shore Plaza In Braintree; Suspect Not In Custody

A man was critically injured Saturday afternoon in a shooting at a shopping mall in Braintree, Massachusetts, and the suspect is still on the loose, police said.

State and local police responded to the shooting at South Shore Plaza around 3 p.m.

The victim was taken to a Boston hospital with life-threatening injuries, police said. He is in grave condition, Braintree Deputy Chief Tim Cohoon said at a press conference around 5 p.m.

No arrests have been made at this time.

Police said the victim is in grave shooting, and the suspect is not in custody at this time.

According to Cohoon, there was an “encounter” between two men inside a store on the first floor of the mall. The suspect approached the victim, pulled out a firearm and shot the victim. 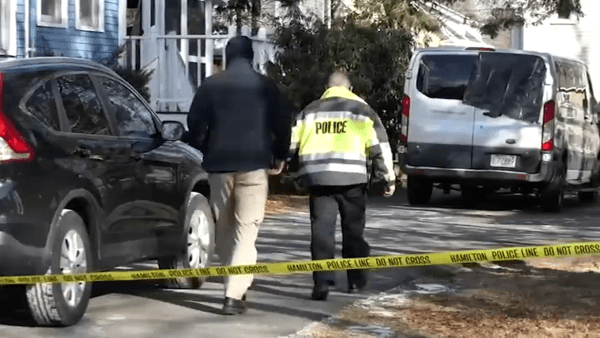 Police believe the suspect immediately fled the mall; the search for him is ongoing.

It appears to have been a targeted event, and not a random event, Cohoon said.

“We don’t believe there’s any further danger to the surrounding neighborhoods,” Cohoon said.

State police said around 6:40 p.m. that the mall was cleared and the scene secured. They said the investigation into the shooting continues in an effort to identify and locate the suspect or suspects.

Braintree officers were on site at the time of the shooting and were quickly joined by other units, police said. Authorities from surrounding communities responded to the scene to assist with the response.

The mall immediately went into lockdown; that has since been lifted. The mall was evacuated, and those who had been sheltering in place inside were told it was safe to come outside.

South Shore Plaza will be closed for the remainder of the evening, Cohoon said. It was not immediately clear if it would reopen Sunday.

People have been asked to avoid the area.

Braintree Mayor Charles Kokoros also spoke at Saturday’s press conference and commended police from surrounding communities for helping out and for all of their actions on scene.

“I will say that this is unacceptable,” Kokoros said. “And that we will be working directly with the South Shore Plaza, Simon Properties to come up with solutions to these problems.”

“It’s a place that people should be able to go and shop safely and we should not have gunshots being fired while people are out shopping and enjoying a Saturday,” the mayor added. “Once again, I just want to thank all of our law enforcement… This is not the first incident that we’ve had at the mall, the last being July 3, 2020. I commend the actions of all of our brave men and women at the police department and the SWAT teams that came here on a moments notice, as well as fire departments and Brewster Ambulance.”

Police said they have limited information at this time and will provide more as it becomes available. While not much is known, Cohoon said they did want the public to know they do not believe there is any danger to the community at large.

Detectives are following several leads at this time, police said. Anyone with information is asked to call Braintree police at (781) 794-8620.

The investigation is active and ongoing and is being led by the state police detective unit for Norfolk County and Braintree police.