Mayor Michelle Wu announced the formation Thursday of a five-member committee to steer the public engagement and search process for the next Boston police commissioner.

She noted that selecting a new police commissioner “is among the most consequential roles that any city leader plays.”

“The first phase of this process truly will be listening to the community,” Wu said.

The committee will engage first in public and stakeholder meetings to set parameters for the search, then identify and interview prospective candidates, and make recommendations to the mayor in the coming months.

“We know that investing in public safety and health, and achieving needed police reforms, will depend on committed and visionary leadership for the city and the Boston Police,” Wu said. “We are committed to building a public safety infrastructure that addresses the root causes of violence and trauma and is equipped to keep our residents safe and well.”

Two virtual listening sessions have already been scheduled for Jan. 20 at 6 p.m. and Jan. 26 at 12 p.m. Wu said residents can register for these sessions at boston.gov/bpdcommissioner.

“The choice of the next Boston Police Commissioner is a decision of great consequence for our city and the people of Boston,” Hines said. “Starting this month, my search committee colleagues and I will be meeting with community leaders and members of the public to ensure that their voices are heard and included in this process. I thank Mayor Wu for entrusting me with this important responsibility as we begin the long and difficult task of reforming policing in our City and advancing a public safety agenda for all Bostonians.”

Soon after she was elected last year, Wu said she hoped to name a new police commissioner in early 2022, but not before soliciting feedback from neighborhoods across the city.

Asked about the search for a new head of the city’s police department, Wu said, “I very much want to have public engagement lead this process.”

She said she planned to identify a couple of people to serve on a search committee and ask them to seek feedback and hold listening sessions in the community about what qualities her administration should be looking for in a commissioner.

“I imagine that will kick off in the new year, and I hope for a very thorough and comprehensive, but quick search after that in the next couple months,” Wu said.

Former Mayor Kim Janey terminated Dennis White as the city’s police commissioner last summer after a protracted legal battle over whether she could remove him from the position after domestic violence allegations surfaced. White denied the allegations.

Superintendent-in-Chief Greg Long has been acting as commissioner since then and Wu said Thursday that he will remain in the role until a permanent commissioner is appointed. 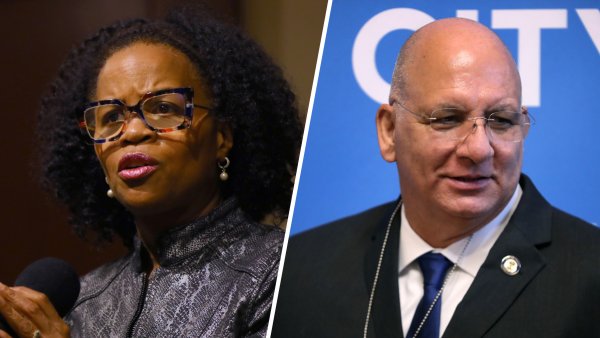