A 4-year-old Massachusetts boy was recovered safely by police after his parents accidentally left him in a taxi after getting a ride home from Boston Logan International Airport on Wednesday night.

Weston police received a call shortly after 6 p.m. Wednesday from the boy’s parents saying they had left their son in a minivan-style taxi cab after they got a ride home from Logan Airport, according to state police.

The family had arrived at the airport on a United Airlines flight and after being dropped off at home by the taxi, each parent thought the other had taken the boy into the house, state police said. Several other children in the family were also in the taxi and were brought inside by their parents.

Weston police contacted state police at Logan Airport, who worked with Massport to identify and locate the taxi driver. They were ultimately able to determine that the taxi was owned by PAUL Taxi Inc. and tracked down the taxi at a parking lot in Boston’s Dorchester neighborhood around 7:45 p.m.

State police, Boston police and Boston EMS all responded to the address and found the child, who was unharmed. Police said the driver stores his taxi in the lot and had gone home to Lawrence.

The child was brought to a local police station where he was reunited with his father.

Based on interviews with the family and the driver, police determined that the child was accidentally left on the taxi and was asleep the whole time. State police said the taxi driver was issued a hackney violation for failing to check his taxi at the end of his shift as required.

The driver’s name is not being released.

“The recovery of the little boy was a great team effort by multiple agencies, Troopers, officers, and dispatchers and Massport personnel, and everyone involved felt a sense of overwhelming relief once the child was located and found to be safe,” state police spokesman David Procopio said in a statement. 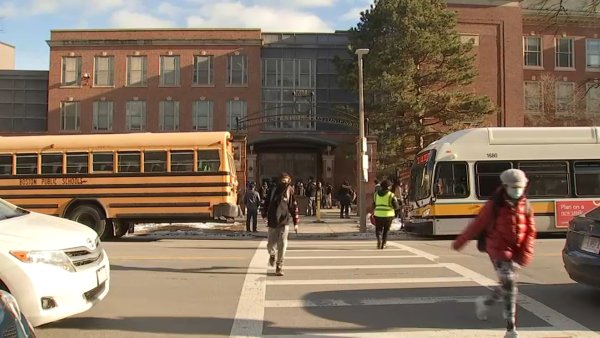